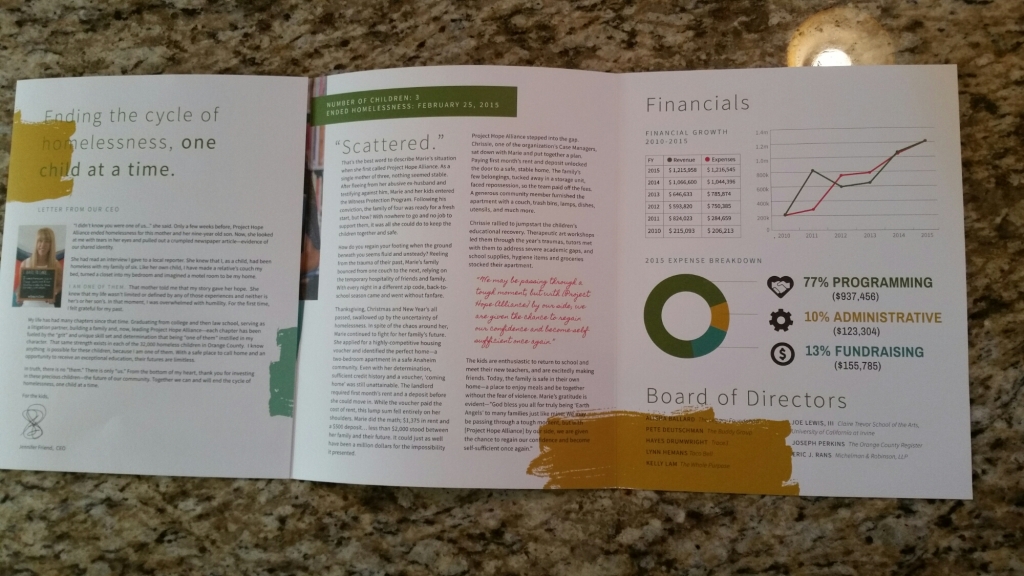 First official Annual Report and it is amazing! Hats off to the staff and CEO: Jennifer Friend

My issue is that he sees progress in these terrible flavors. I see the downfall of American innovation.

“Only a truly exceptional and powerful economic system would be capable of producing so many limited-edition and holiday-themed flavors of a single cookie brand, such as these extraordinary Key Lime Pie Oreos and Candy Corn Oreos. This is not a force of global impoverishment at all, but one of endless enrichment.”

Awareness of the Internet of Things is gaining a bit of traction, at least in some quarters.
There is now high IoT awareness in more than half (56%) of those in the retail industry, according to a new survey.
Overall, a majority (73%) of companies have deployed, or plan to deploy over the next 12 months, some types of IoT solutions, according to the 2,500-person, 15-country survey by IDC.
More than half (58%) say they consider IoT to be a strategic initiative.
The survey of companies with more than 500 employees found that IoT spending is currently more focused in the enterprise.
But it’s not just the enterprise where IoT action is happening.
Retailers this year will spend $670 million in hardware and installation costs related to the IoT, growing to $2.5 billion within five years, according to Juniper Research.
Combining IoT revenue and cost savings, Juniper pegs the IoT opportunity at $300 billion in five years. That would comprise 39 billion connected devices, up from 13 billion this year.
Much of that activity will involve in-store beacon deployments.
Almost half (46%) of retailers either have or plan to have beacons in stores, according to a survey of 100 retail executives by Retail ToughPoints. Of course, that also means the other half don’t have any plans, but the sheer number of retail stores with beacons is huge.
Smaller stores are another matter, at least when it comes to allocating their technology budget in the Internet of Things.
With less resource than major chains, about a third (35%) of independent small and mid-sized retailers globally plan to invest in data-supported marketing by the next year, according to Lightspeed. Only a third (34%) have some likelihood of introducing beacons at some point.
This is the time that businesses are investing in the Internet of Things. During and after that, the presumed payback phase arrives.
That’s also where IoT marketing kicks into high gear. At least for those who have been preparing.

Editor’s Pick
Dallas agency Moroch is behind this simple, yet delightful back-to-school campaign for McDonald’s. The print ads are full of “subtle” reminders of how the Golden Arches may always be on the brain, even if you’re sitting in class taking notes or listening to a lecture.
In photographs shot by Mark Ross, a cup of pencils resembles a bag of fries, a backpack recalls the fast feeder’s familiar packaging, while a stack of books becomes the restaurant’s beloved Bic Mack.
http://creativity-online.com/work/mcdonalds-welcome-back-to-school/43163

If Google has its way, our future will be nothing less than a sci-fi movie. After creeping us out with a robotic cheetah and the Google ‘Glass’, Google is all set to bring forth something really amazing. Google’s Project Soli has invented a new interaction sensor using radar technology that can capture motions of your fingers at up to 10,000 frames per second. And that is something that has never ever been done before. Simply put, this technology is so bafflingly accurate that you could operate any device (fitted with this) without having to even touch it.

Approximately the size of a small computer chip, this technology can transform your hand into a virtual dial machine to control something as mundane as volume on a speaker, or into a virtual touchpad to a smartwatch or a smartphone screen. Check out the GIF below to get a better idea of how this works.

This chip is actually a miniature gesture radar that captures even the most complex hand movements at close range, at unbelievably hyper speeds and replicates hand gestures. Given the micro size of the chip, it can almost be fitted into literally anything. This technology, if the project is successful, can make the need to touch a device to operate it redundant.

“We’re at the cusp of a decade where the impossible is starting to look very possible,” says one blog post from Housing.com. “We’ve got smart gadgets, yes, but now we’ve got smart ways of controlling those gadgets, such that you could be sitting on vacation in the Maldives and fiddling around with your electronics at home.” One such technology is called Branto, and it’s a smart home orb that allows 360-degree vision, communication, and security for your home. The best part? It can all be controlled with both your smartphone and your smart glasses.

Control Your Home With 360° Accuracy

Branto is an orb that controls multiple aspects of your home through smart technology. Tired of seeing so many smart hubs that were unattractive and only worked if you bought all new gadgets and appliances, the Branto team set out to solve this problem. They created a sphere-shaped device with the power to monitor your home through a 360-degree camera and speaker.

Good to see Hang w/ getting some recognition from real users. The tech pubs often get all caught up in a periscope love fest.

Disclaimer: I am an advisor to Hang w/

My good friend, @dherman76, tackles the elephant in the room and opens the door to let it out.

Let’s respect the user and innovate with sustainable reason.