Super happy to see our Buddies at Epson Moverio getting so much positive attention. We’ve seen this product evolve over the years and it just keeps getting better. This team is unstoppable.

If you think about augmented reality beyond the smartphone, you’re probably thinking about something like Microsoft’s Hololens, or the Meta 2, or the much-hyped Magic Leap One. You might also think about smartglasses like Google Glass or the Vuzix Blade, or sports-focused products such as the Raptor, by Everysight.

You probably aren’t thinking of Epson. 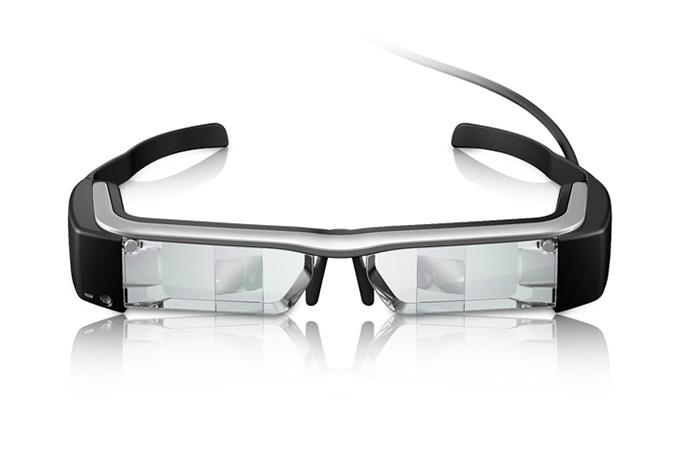 However, the company not only makes a smartglasses product, it has released functioning products that have been used by half a million people. And it’s set to vastly expand that number in the very near future.

“There are more people that visit museums in the U.S. than go to all sports events combined,” ARtGlass CEO Greg Werkheiser told me at the Consumer Electronics Show earlier this year. “It’s a huge and competitive market.”

Werkheiser is referencing museums because that’s one of the key places where Epson has been delivering its augmented reality hardware: the Moverio AR platform, now in its third generation.

“We are the number one projector manufacturer in the world,” Epson’s head of augmented reality, Anna Jen, told me. “There are two mini projectors in each side of our smart glasses, and we have patents from the mid-1980’s on projectors being used as wearable glasses.”

If you’ve flown a drone with DJI’s first-person-view glasses, you’ve used Epson’s projectors inches from your eyes. If you’ve gone to a museum in Europe with an augmented audio/video tour adding detail, color, and history to the artifacts, you’ve used the company’s projectors as well.

Now ARtGlass CEO Werkheiser is bringing the technology to the U.S.

“After more than 500,000 actual users — 500,000 more than anyone else — we’re announcing our first iconic sites in the U.S.,” he told me. “You’ll be able to go to George Washinton’s house, stand where he stood, and a hologram of George Washington will welcome you.”

Few have had the luxury of “meeting” Washington personally, however.

I tried the Moverio third-gen platform personally and was impressed with the weight (or lack thereof), the comfort, and the quality of the images that the smartglasses project into your eyeballs. Most head-mounted AR solutions I’ve tried, including a few at this year’s CES, have weak, limited color, hard-to-focus images that the device attempts to overlay onto your field of vision, and an uncomfortable reading position in the corner of your field of view.

Monocular, or single eye versions like the Google Glass, were particularly challenging for me.

“Monocular solutions have all kinds of problems,” Epson’s Jen told me when I asked her about them. “Reverse imaging is one of them … and also, most people are either right eye or left eye dominant … so big headaches could be coming your way if it’s on the wrong eye.”

Reverse imaging is exactly the problem I had with one of the monocular sport-oriented smartglasses products at CES.

Using the products at museums is a smart way to introduce a product into the market and get feedback about its shortcomings as well as its successes, which is where ARtGlass comes in. It’s also good business for cultural sites, which have a new experience to offer.

“People are staying 100% longer at exhibits now,” says Werkheiser, who cover the cost of content creation for museums and then collects a percentage of the rental income. “It’s a competitive market … if you go in Washington, DC, and see the same thing again and again, the incentive to bring people back is low. So there’s an increase in demand for differentiators.”

The actual devices have a battery life of four to six hours, which is good for a light, head-mounted device, and a 23-degree field of view. That’s not huge, but it is enough to get a large, full-color, very clear video or image.

It’s a trade-off, Epson’s Jen explains, saying that a wider field of view requires heavier optics and more battery life. Epson retails them for $799, but a commercial version with more capabilities will run buyers $1,399.

The augmented reality tours begin today at Highland, the historic home of President James Monroe, while the George Washington AR tours will launch in the spring.

John Koetsier is a journalist, analyst, and speaker. He analyzes and forecasts mobile trends for TUNE. Follow him on Twitter or connect on LinkedIn.